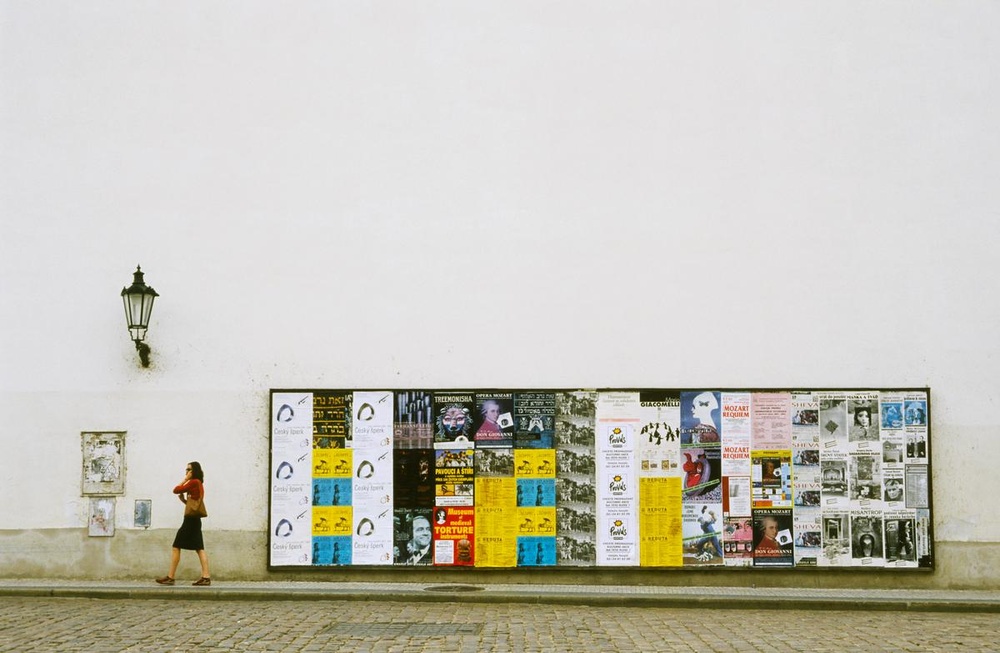 Lady using mobile phone while passing a billboard on the streets of Prague.