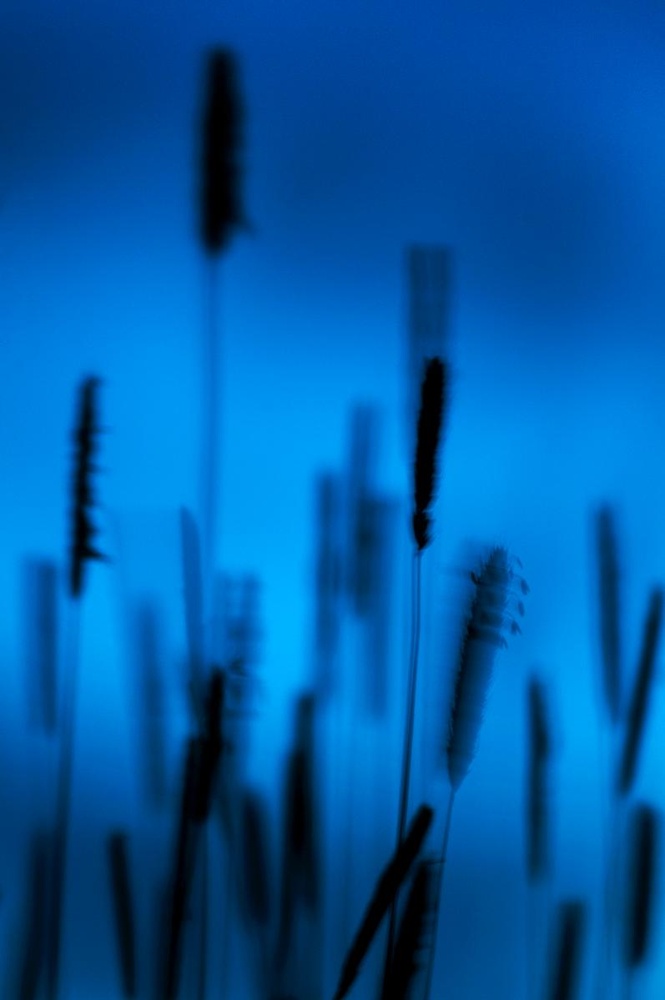 Grasses swaying in the breeze at twilight.