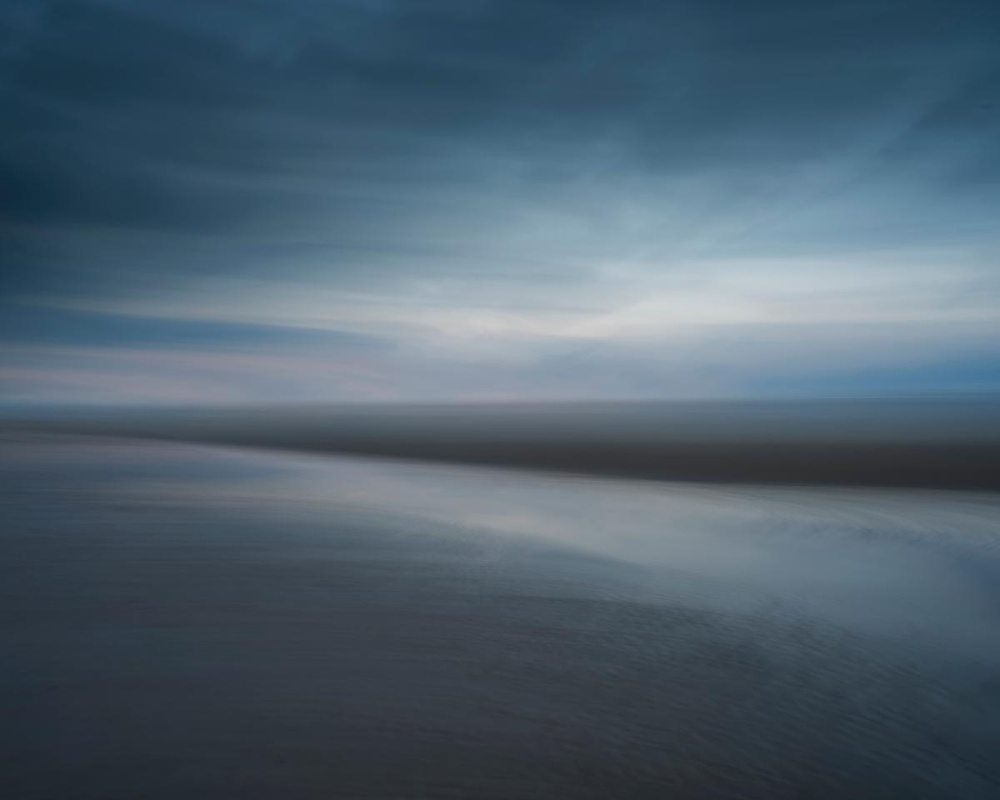 A beach in Southern England at dusk. Captured through movement of the camera during the exposure.