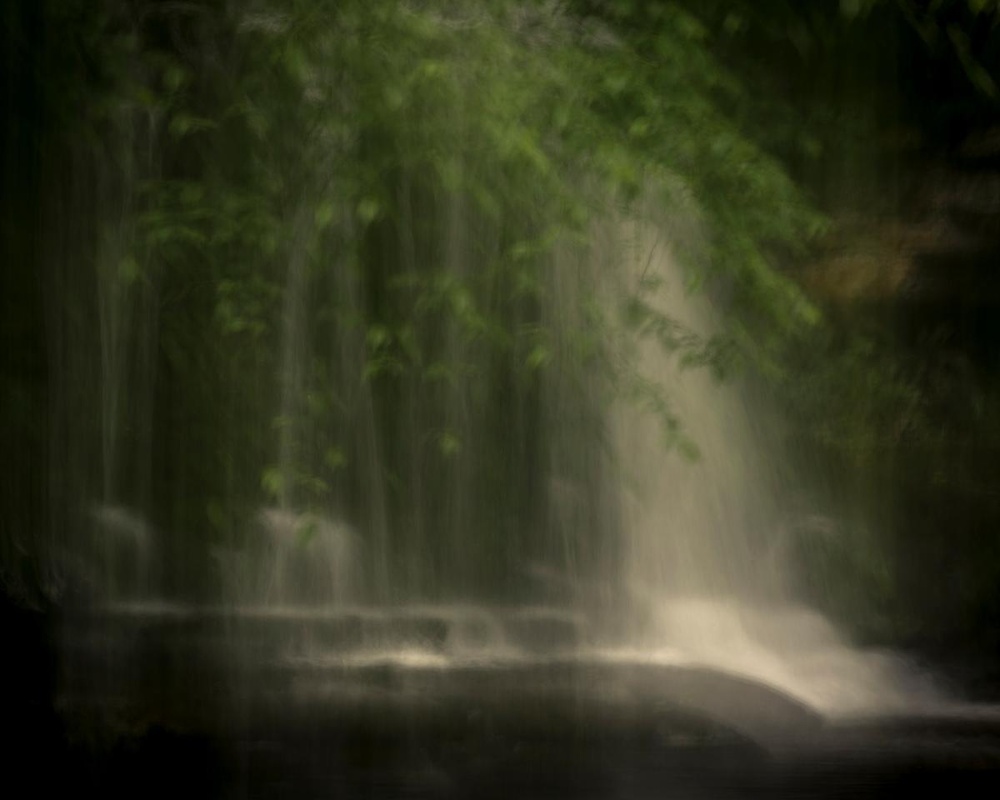 Waterfall photographed in the Yorkshire Dales in the north of England and captured by intentionally moving the camera during the exposure.