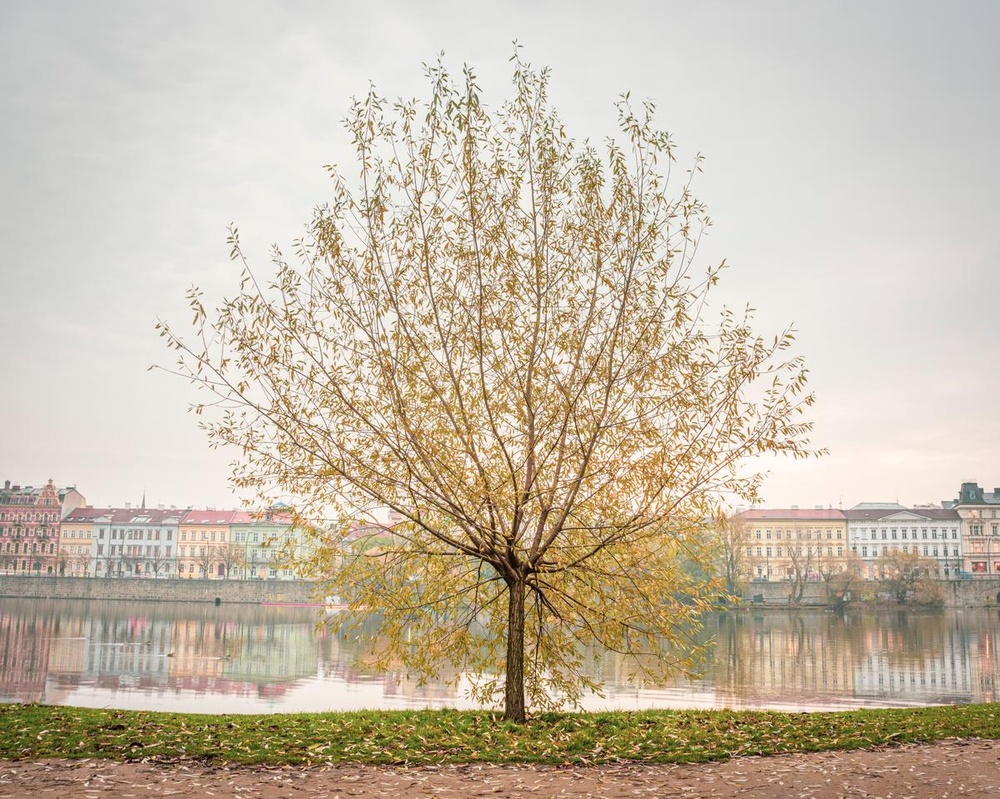 Tree in autumn colour on the banks of the River Vltava, Prague, Czech Republic.