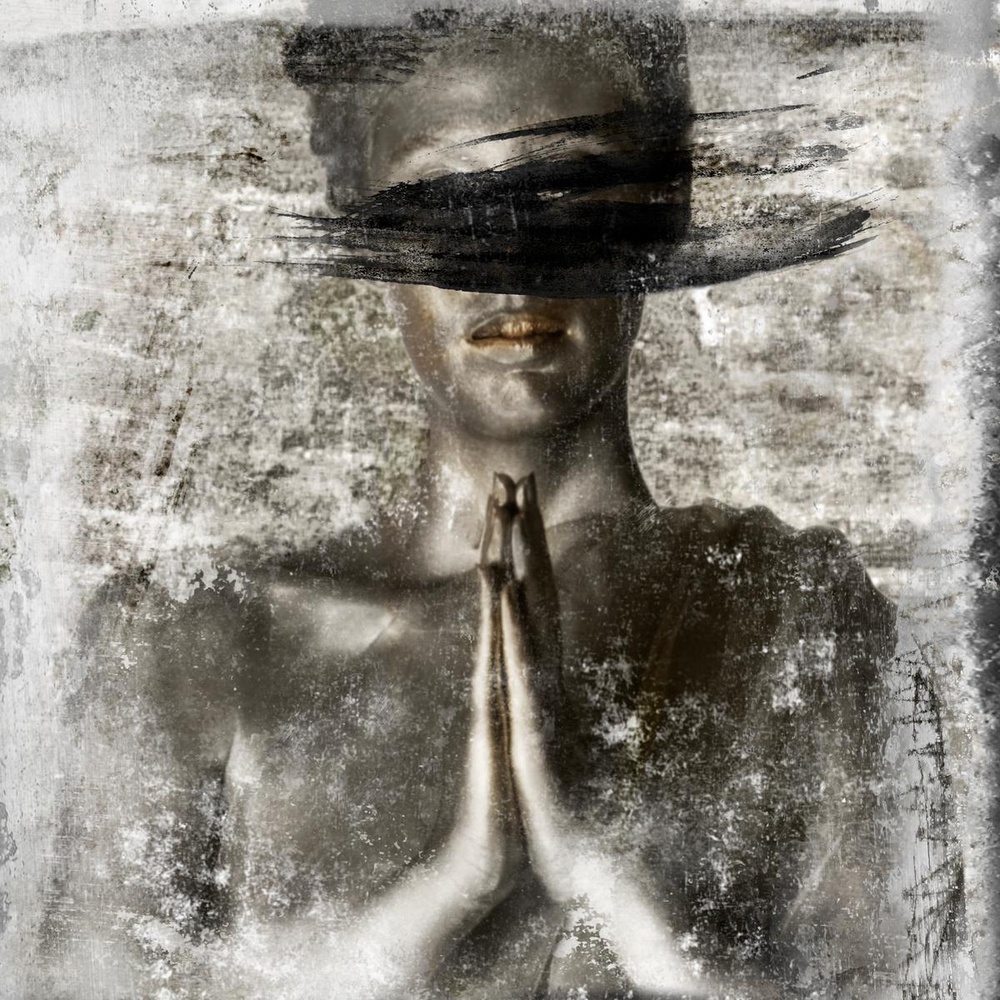 Female model was painted with Chrome & metallic bronze after full makeup for the photo shoot. Final print hand embellished & painted with silver leaf, layers of metallic acrylics and black oil paint then aged, Sanded to create visual metaphors that impose the power of suggestion.
She is part of The collection of Foto nostalgia portraits. Presentation of pure spirits. 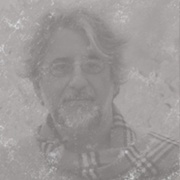