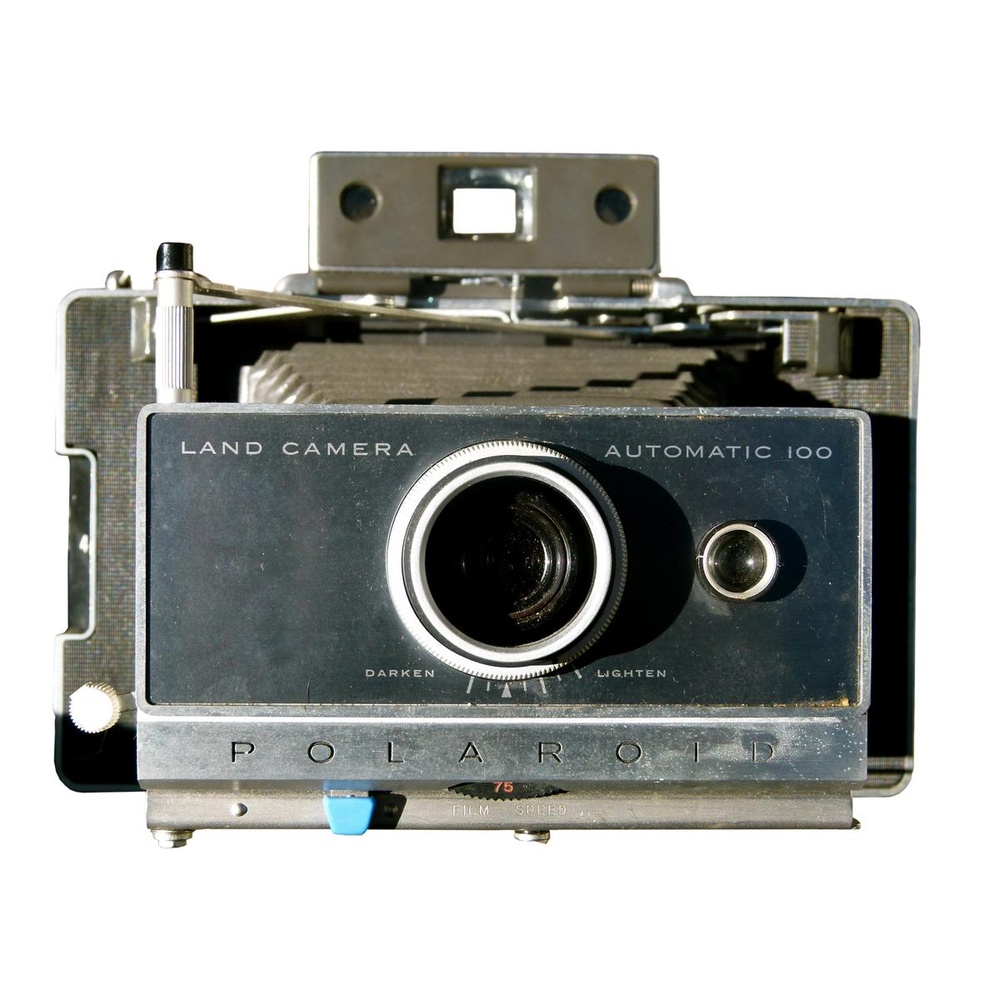 The Polaroid Automatic Land Camera is the classic Polaroid camera, and the first Polaroid camera to use the iconic pack film. This camera features folding bellows, is in the rangefinder style, one of the earliest cameras to use an electric shutter, and was produced from 1963 - 1966.