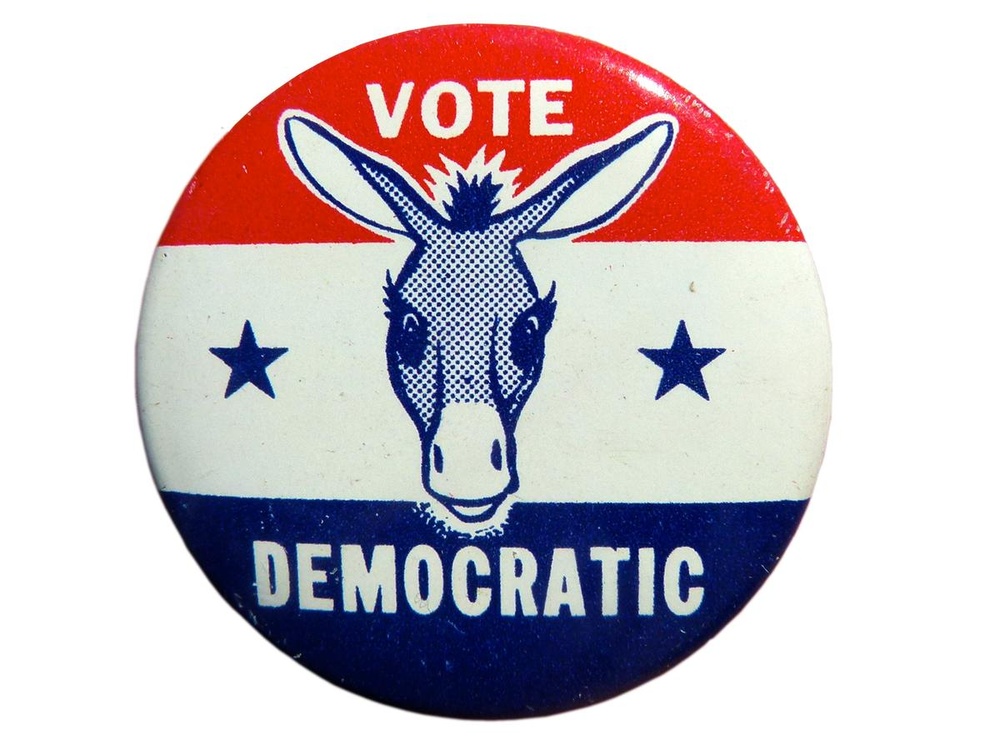 Emblazoned with "Vote Democratic", this political pin was worn in the 1960's in support of the Democratic Party.