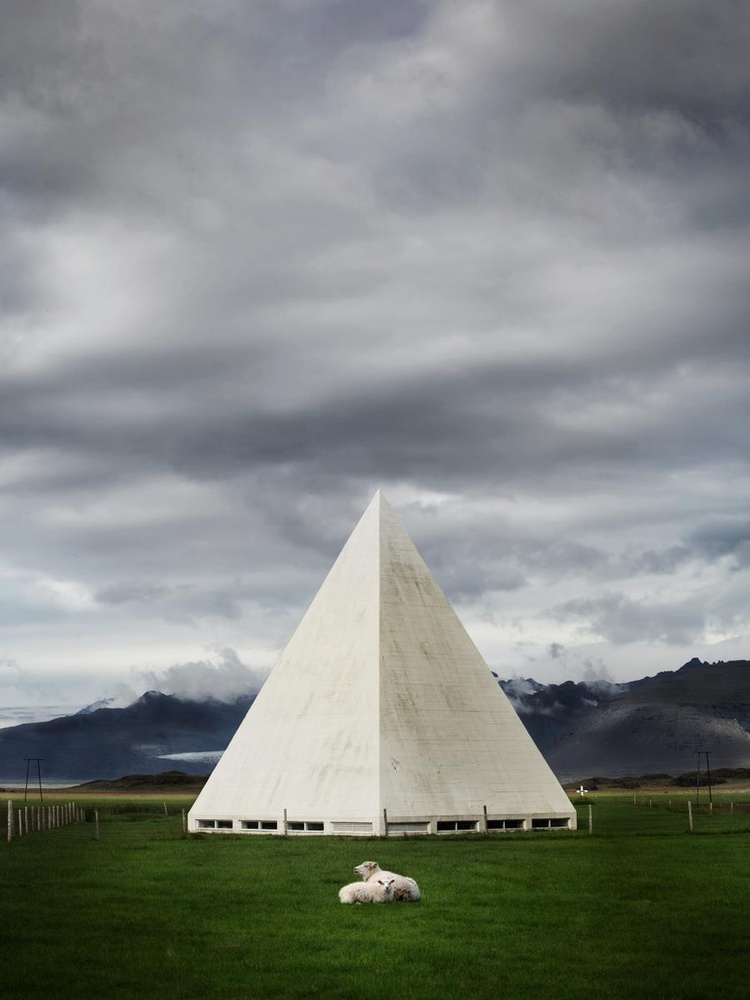 A pair of sheep graze near Bjarnarneskirkja (Bjarnarnes Church) outside of the town of Höfn in Southeastern Iceland. Behind lies the expanse of the Icelandic highlands and Vatnajökull, Europe's largest ice cap.