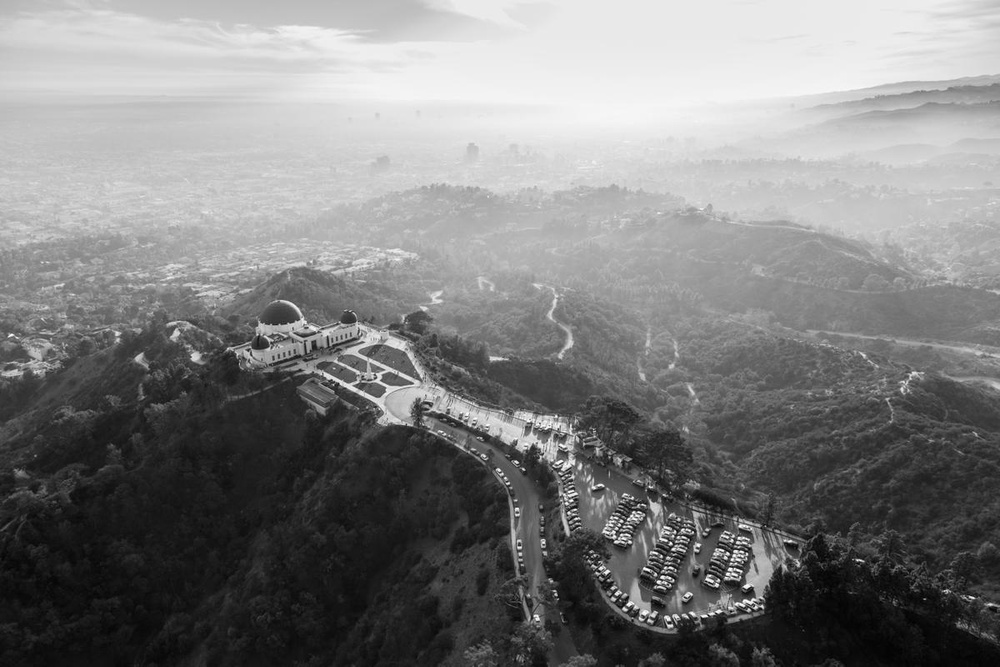 Griffith Observatory over LA. White smoke created by nearby forest fires creeps over the Hollywood Hills, creating an ethereal atmposhere