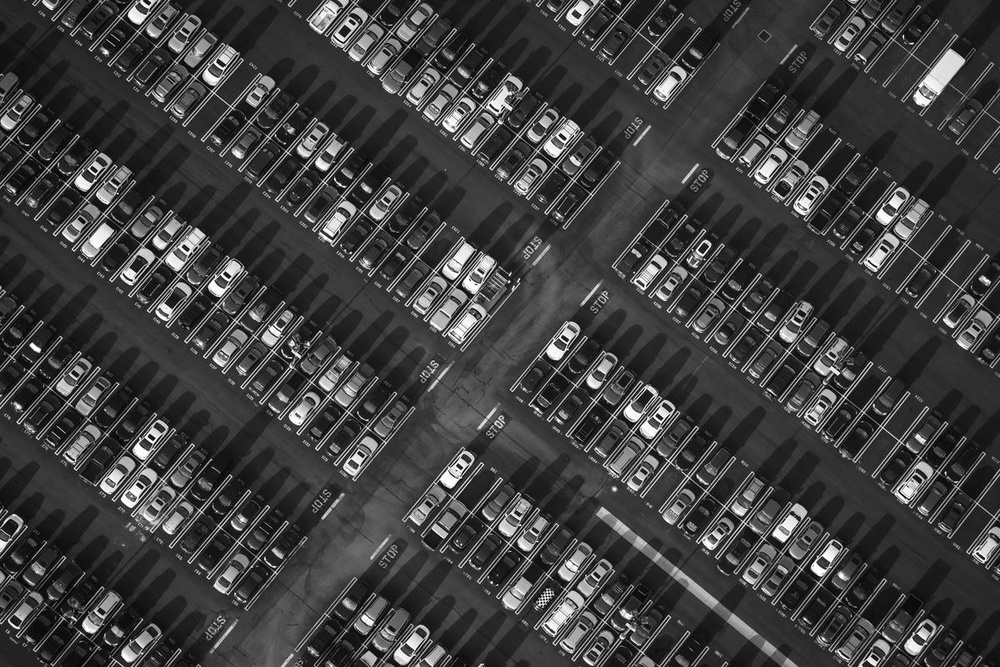 Rows of cars in a parking lot in late afternoon sun in Los Angeles, California: The car capital of the world.