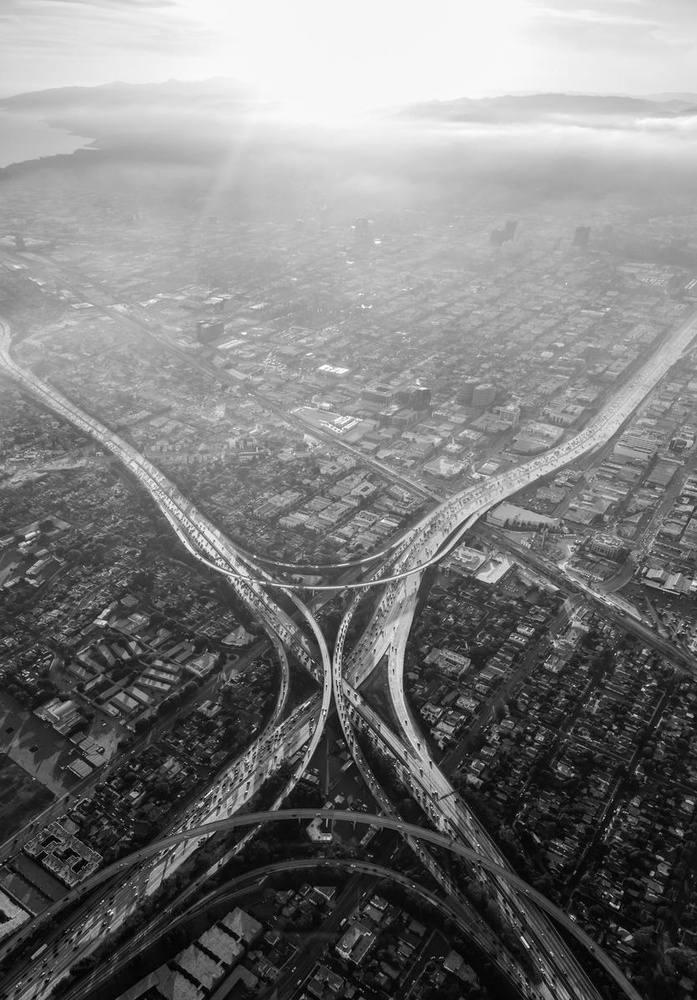 Marine layer creeps towards the 405 and 10 interchange in West Los Angeles, looking northwest over Pico, Santa Monica, the Santa Monica Bay and Malibu