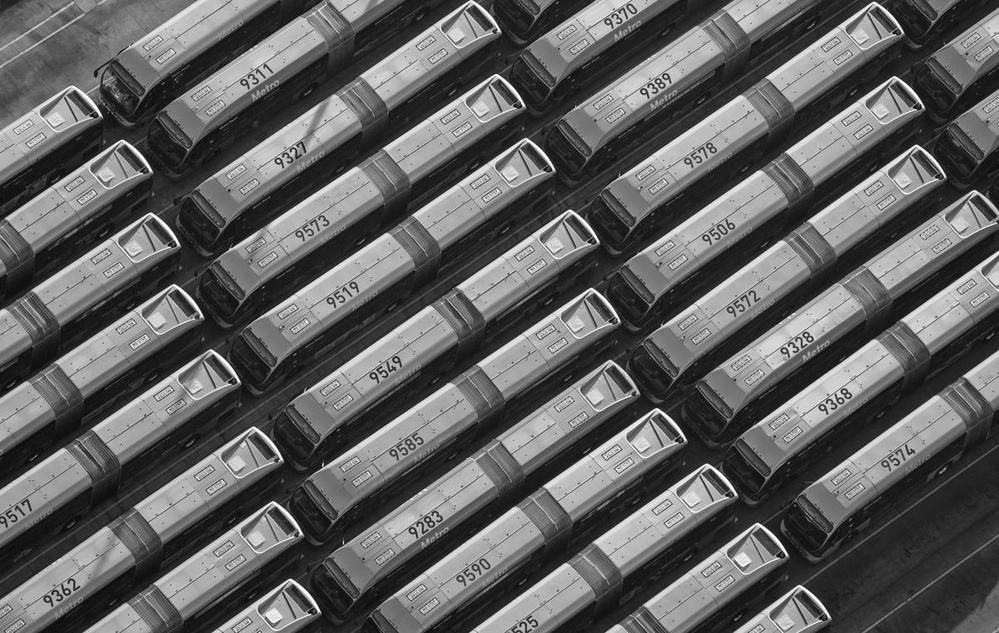 Los Angeles' METRO buses lined up before the day starts