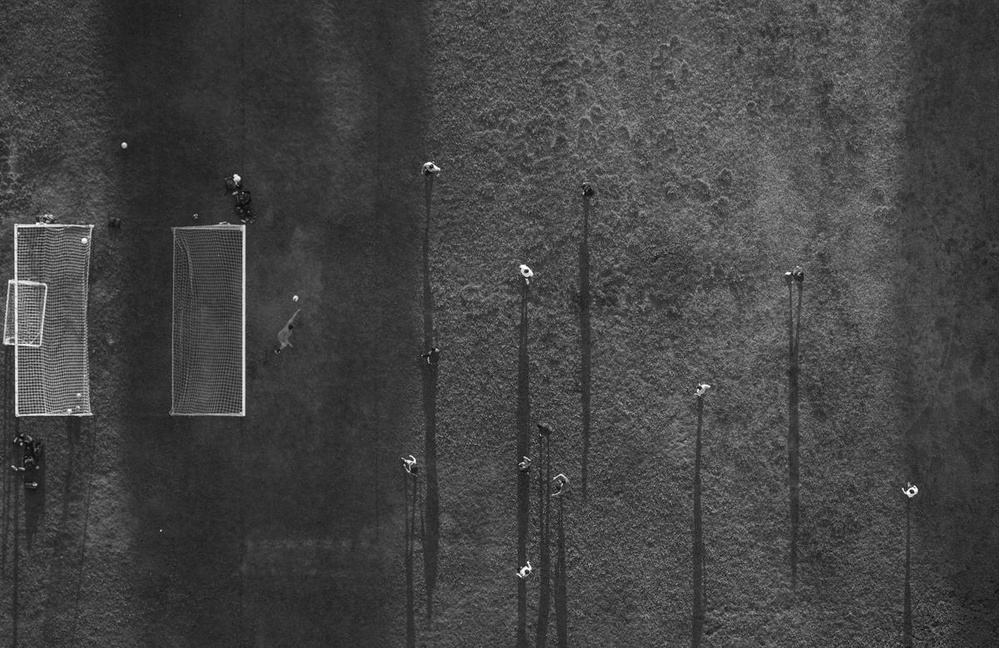 A soccer ball flies past a goalie in Los Angeles