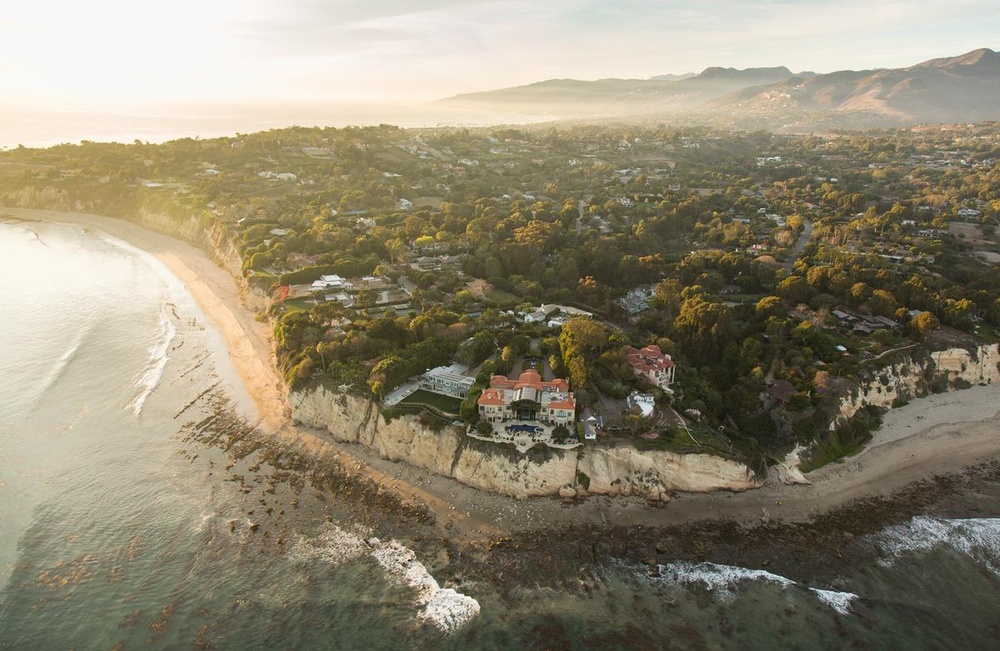 Where Pt Dume meets the Pacific Ocean in Malibu, CA