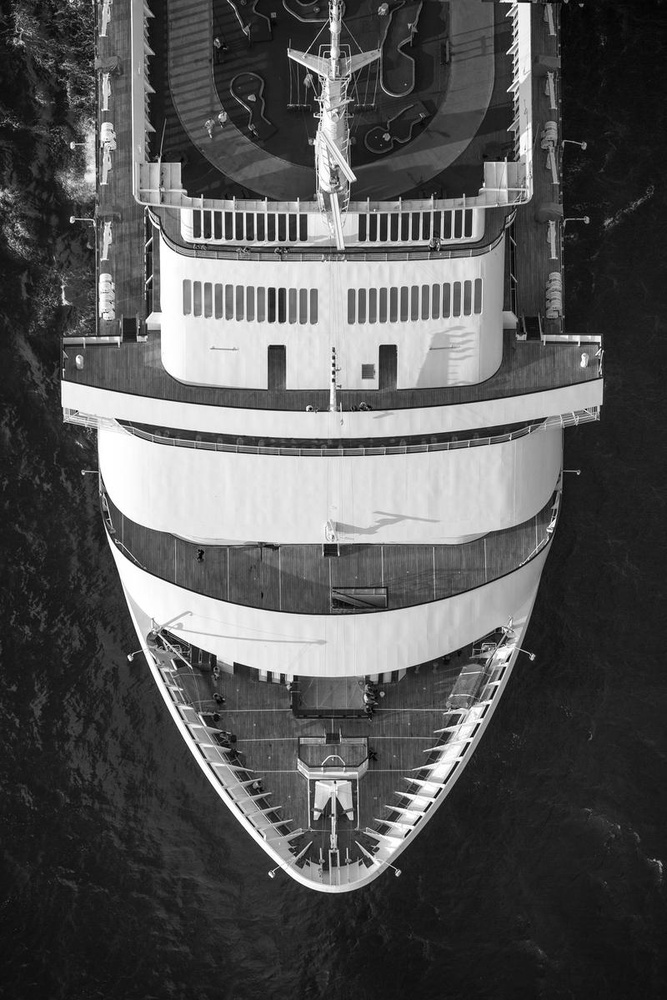 A ship leaves the San Pedro Bay in Los Angeles