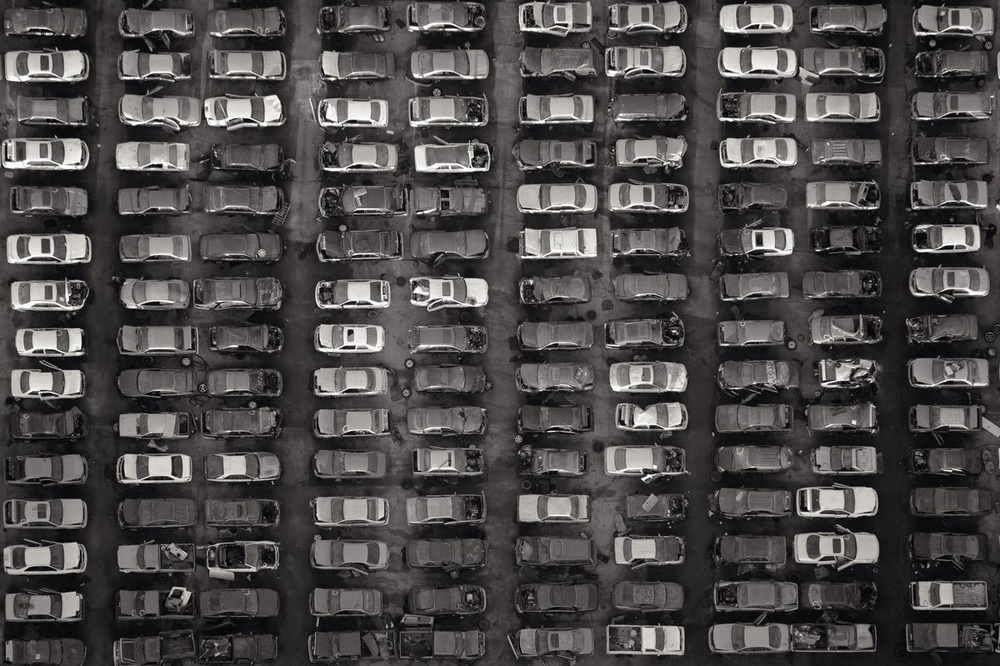 A mosaic of disused cars in Los Angeles