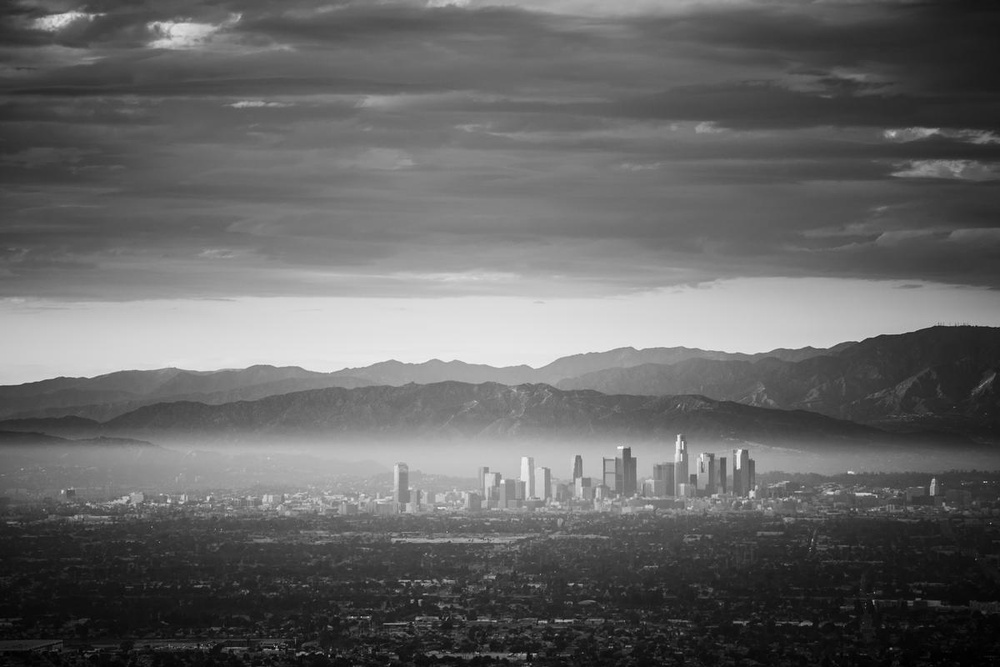 Downtown Los Angeles, covered in rainclouds, illuminated by the last rays of sun on a summer night