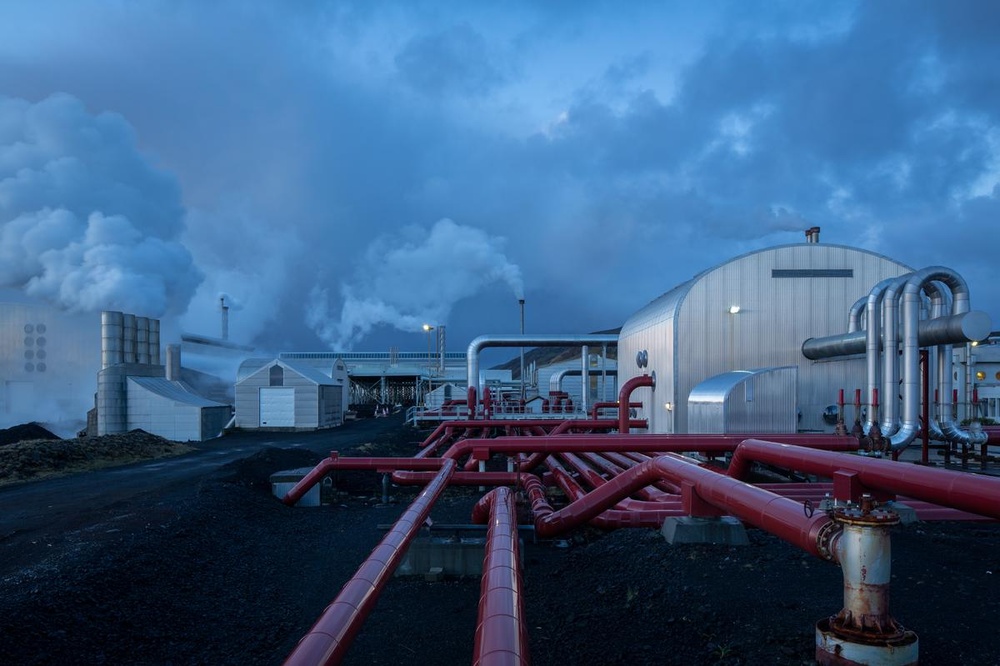 The Svartsengi geothermal power plant, which produces clean geothermal energy from magma below ground. Over 25% of Iceland's electricity is generated from geothermal sources.