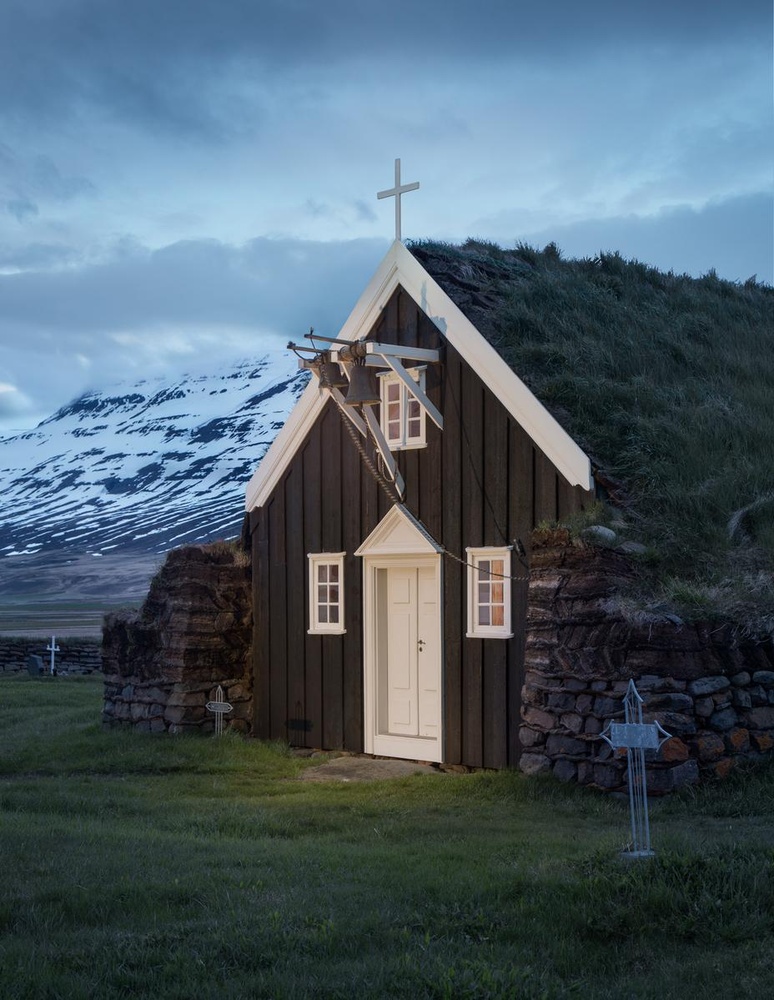 Saurbærkirkja, near Akureyri, is one of the best-preserved turf churches in Iceland and the only one that has not undergone significant restoration since its construction in 1858.