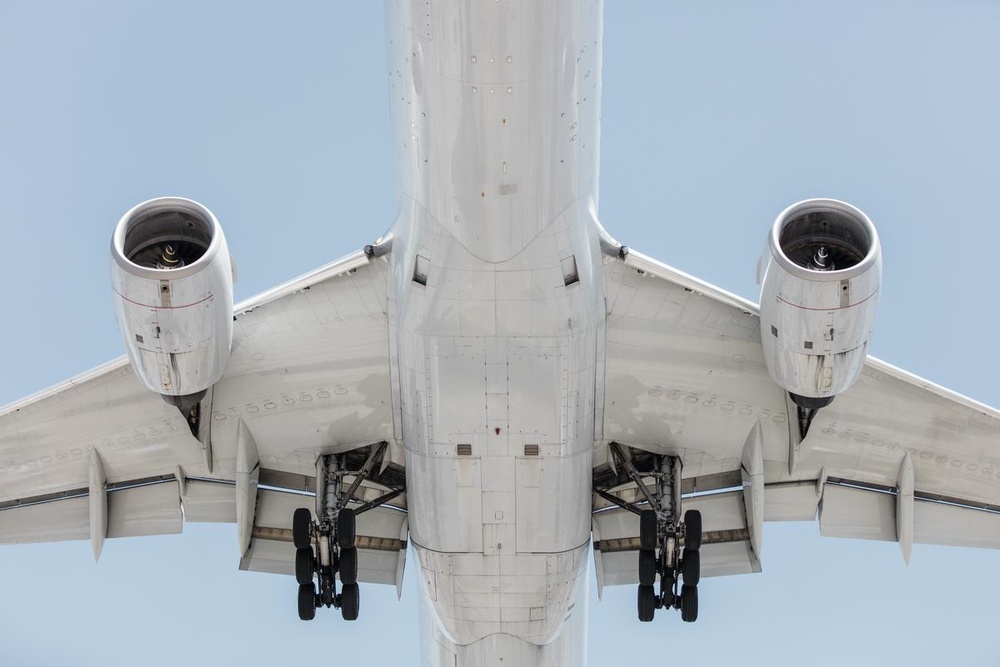 A Boeing 777 with flaps deployed and landing gear down approaches the runway threshold.