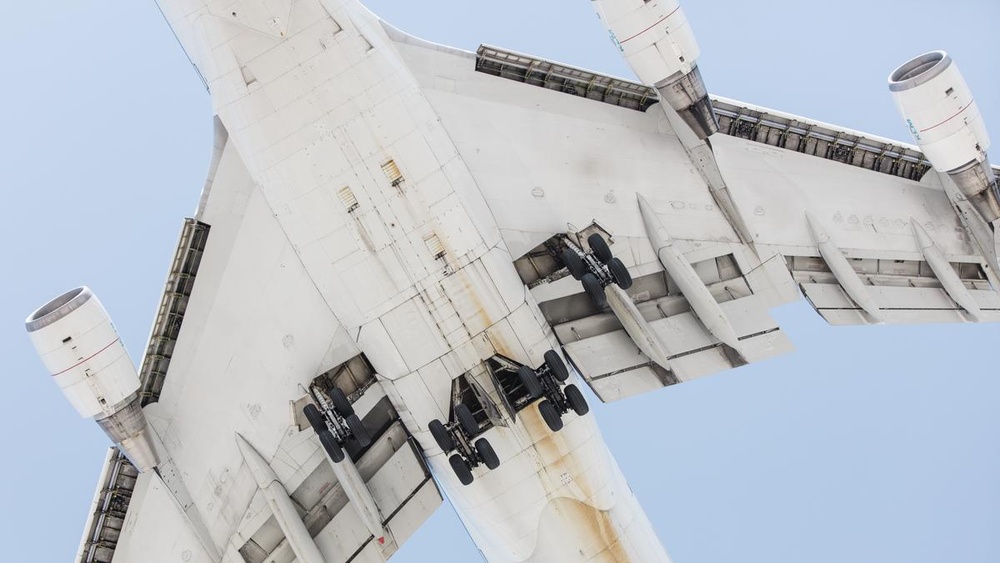 A Boeing 747 displays triple-slotted flaps and slats on final approach.