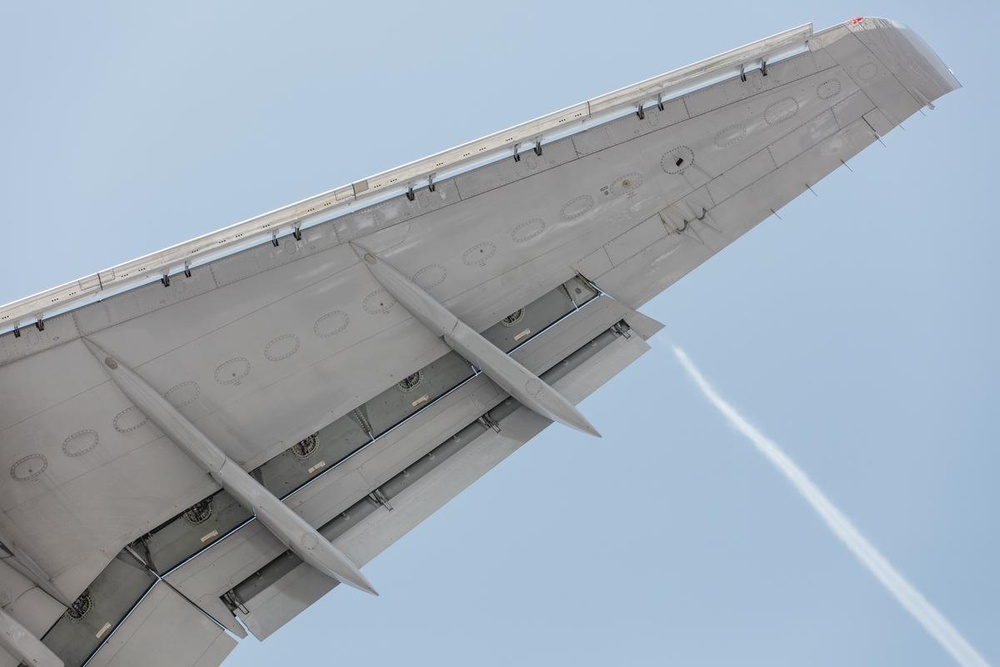 Wingtip vortices form off the trailing edge of a Boeing 767 wing.