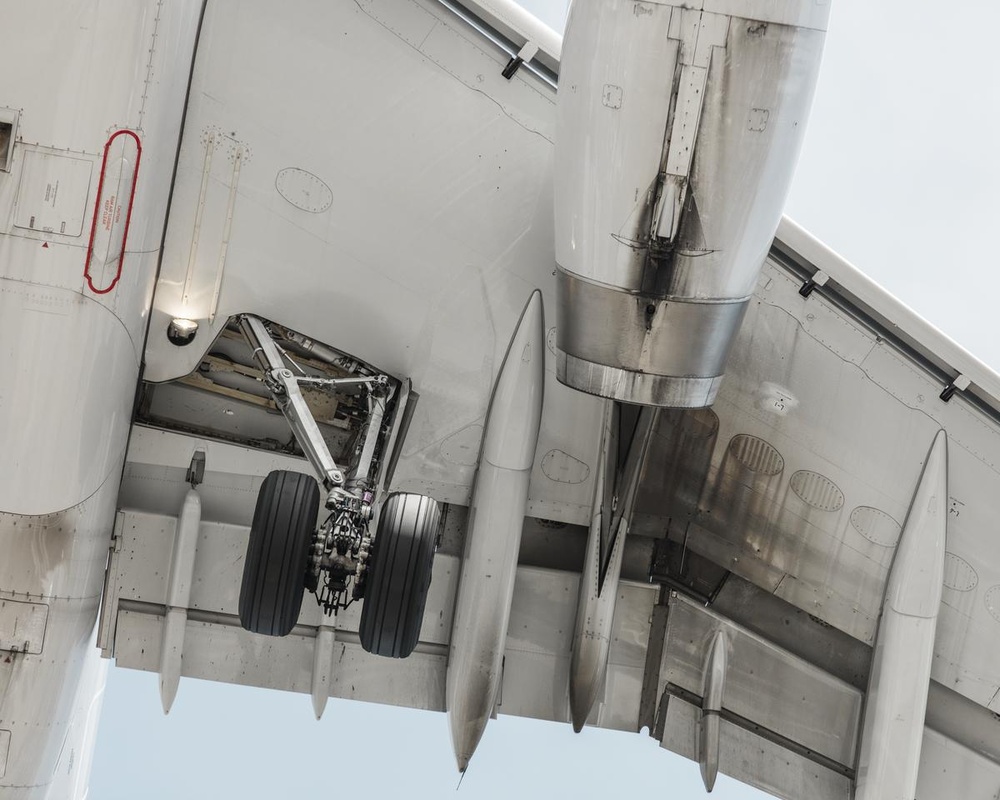 Landing gear bay and engine of an Airbus A320 on final approach.