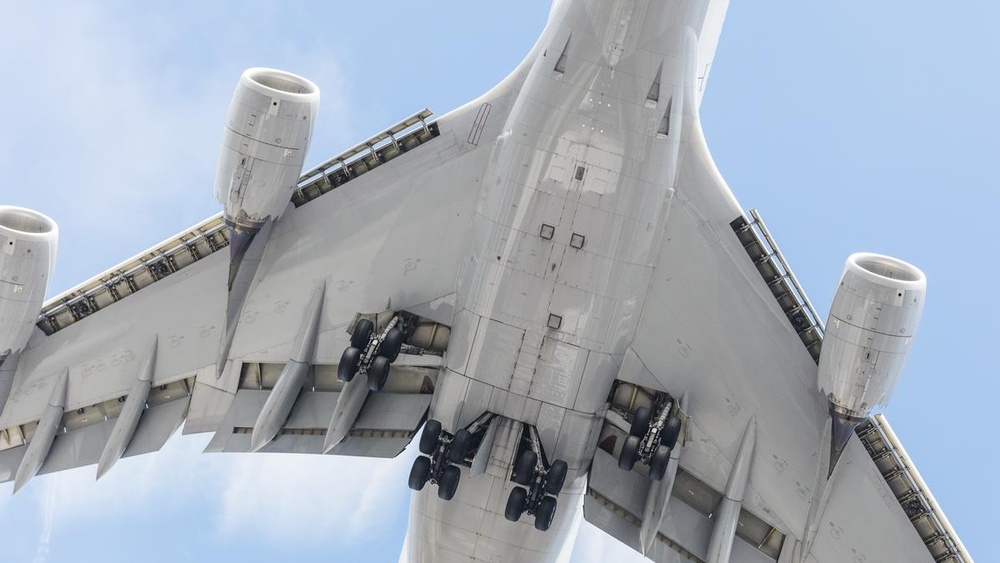 A Boeing 747-8 leaves vapor trails behind as it approaches the runway at LAX airport.