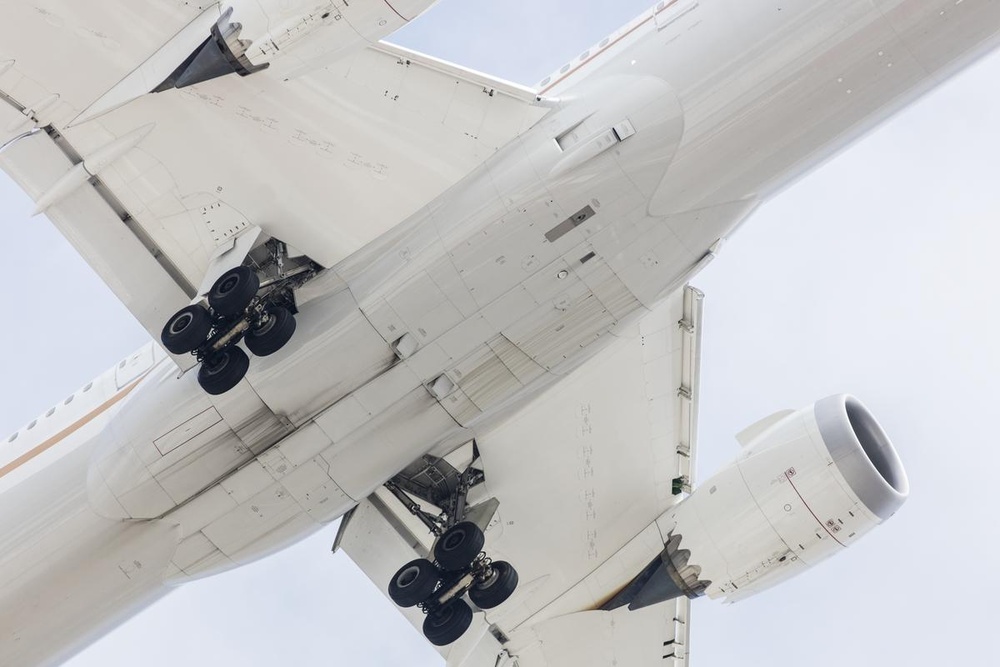 A Boeing 787 streaks across the sky just before touchdown.