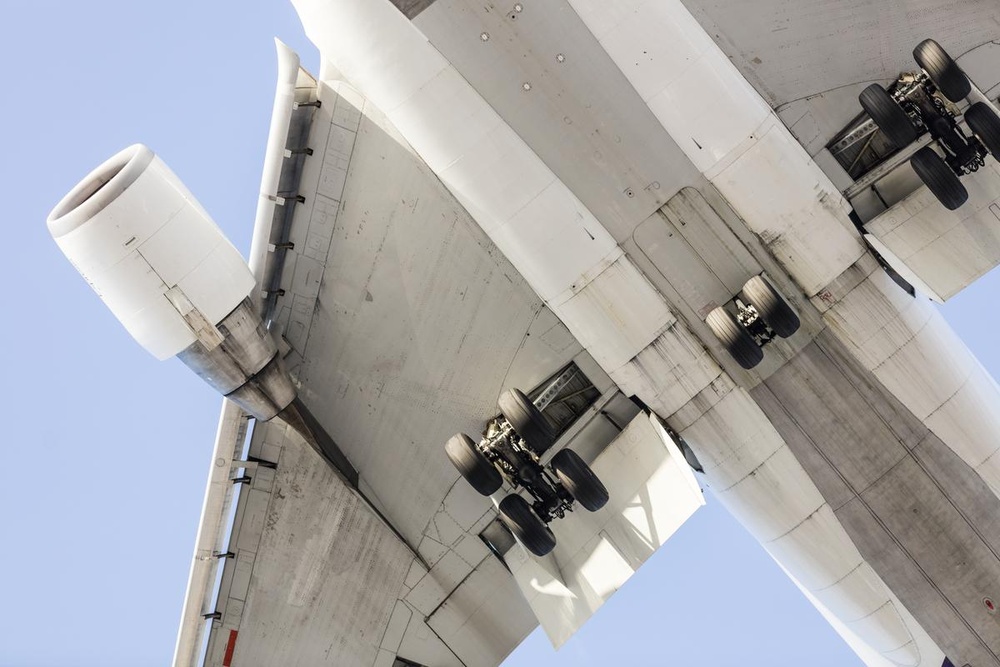 An MD-11 displays wear and tear on its belly moments before touching down.