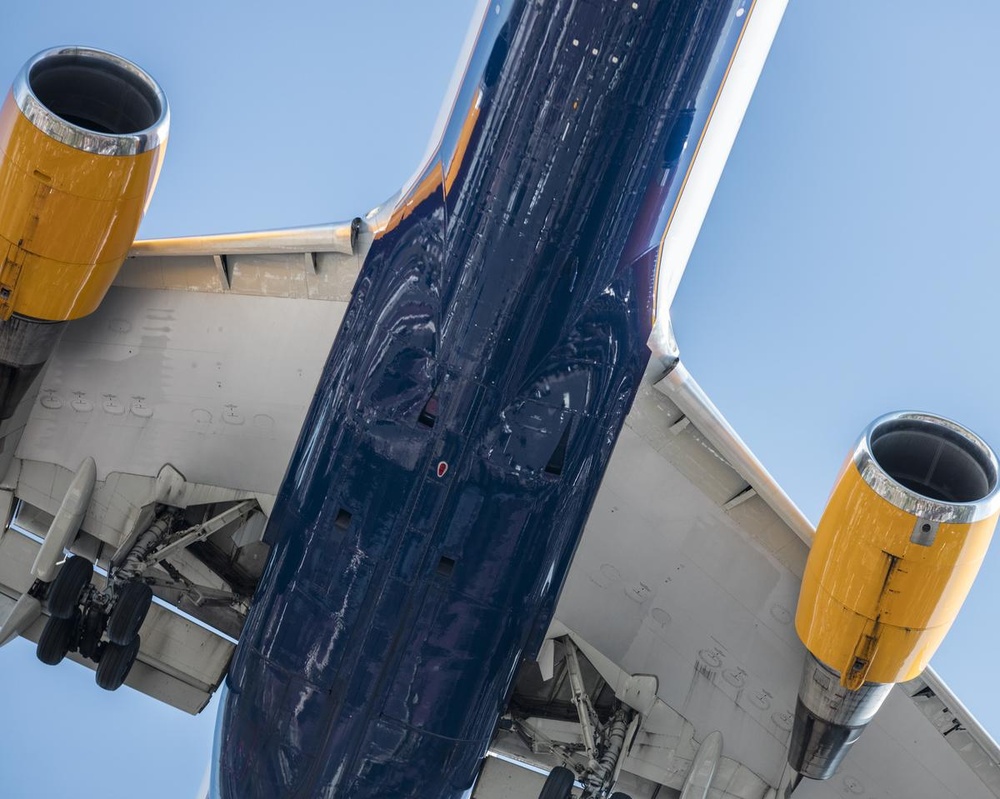 An Icelandair 767 on approach to London Heathrow shows its landing gear and engines.