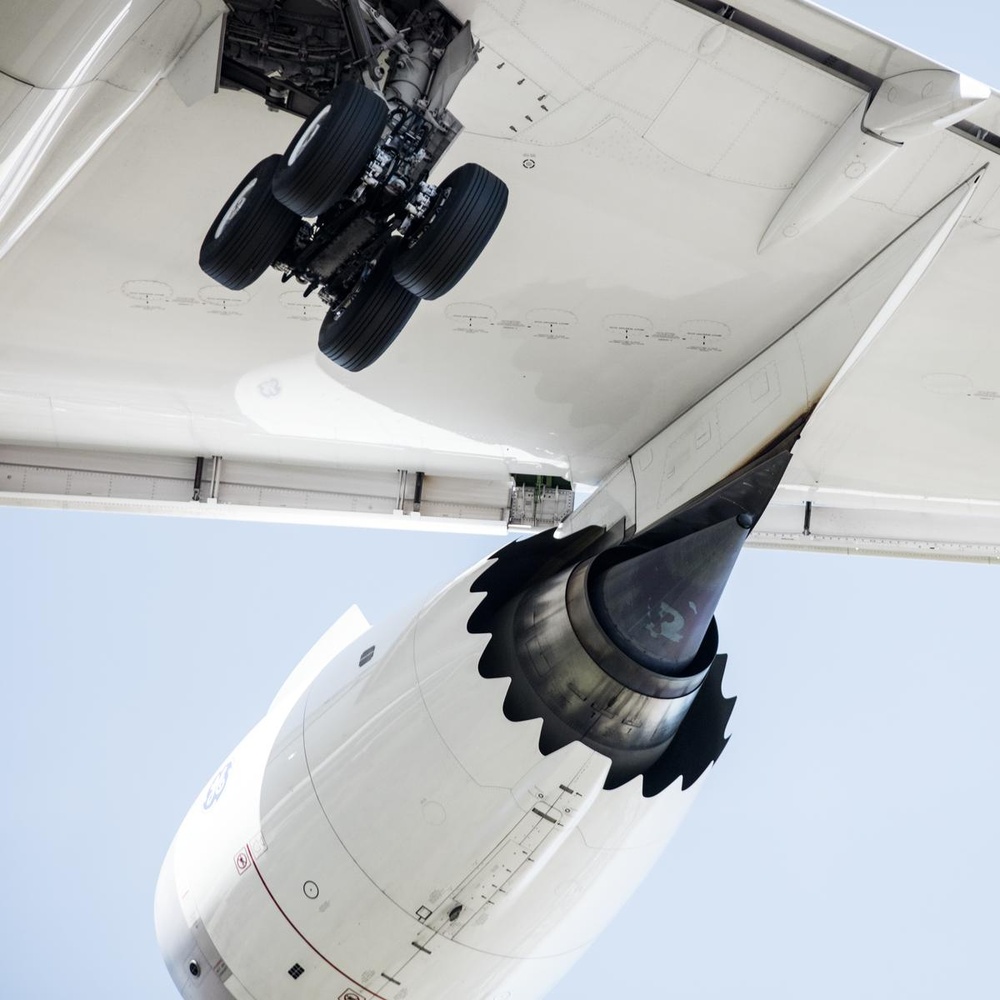 The space-age wing, engine, and landing gear of a Boeing 787 moments before touchdown at London Heathrow airport.