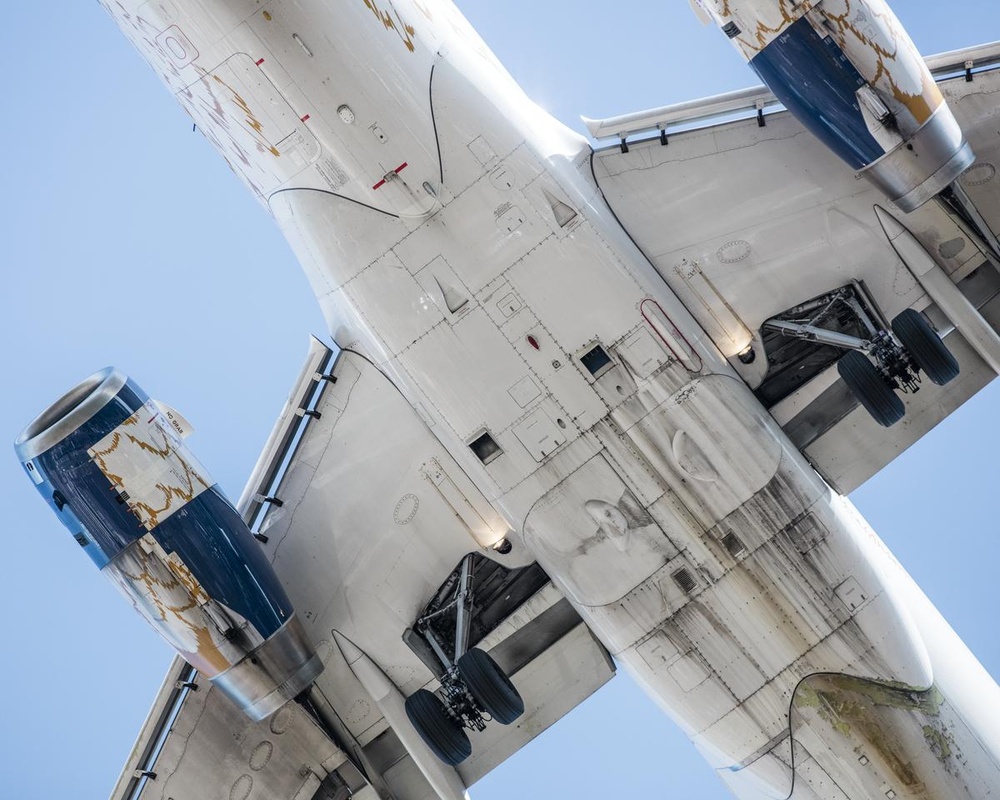 An Airbus A320 shows patchwork repair jobs and peeling paint as it approaches London Heathrow airport.