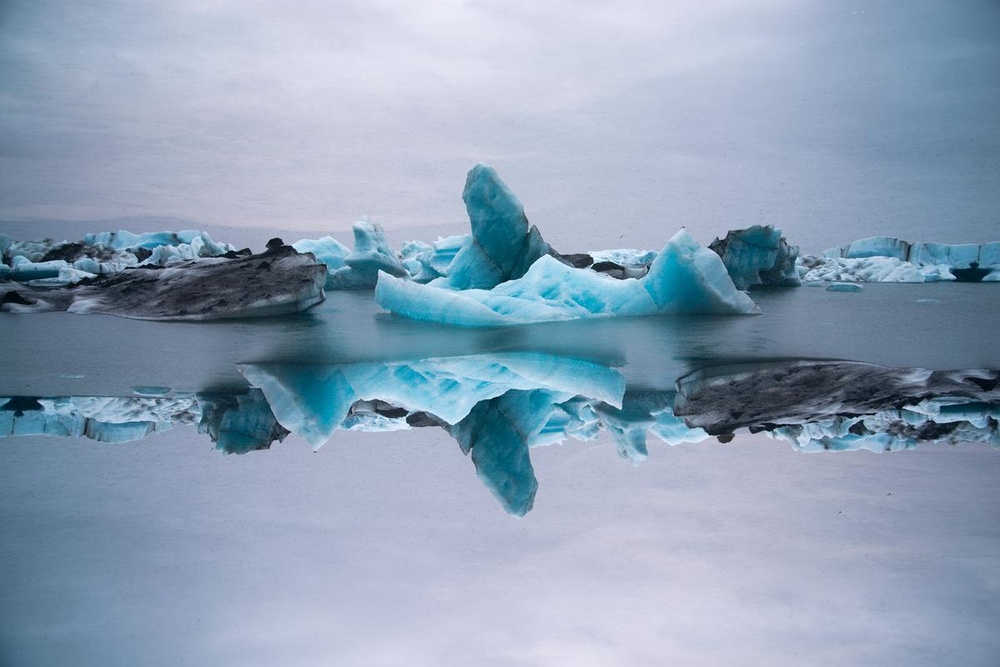 The icebergs of the Breidamerkurjökull glacier slowly drift into the Jökulsàrlòn glacier lake to end their life in the form of ice there. Slowly toppling over whenever the 1 000-year old ice on the underside has become less voluminous then on the topside, they are polished before washing back ashore on Breidamerkursandur (Diamond beach) as translucent, compact ice sculptures.