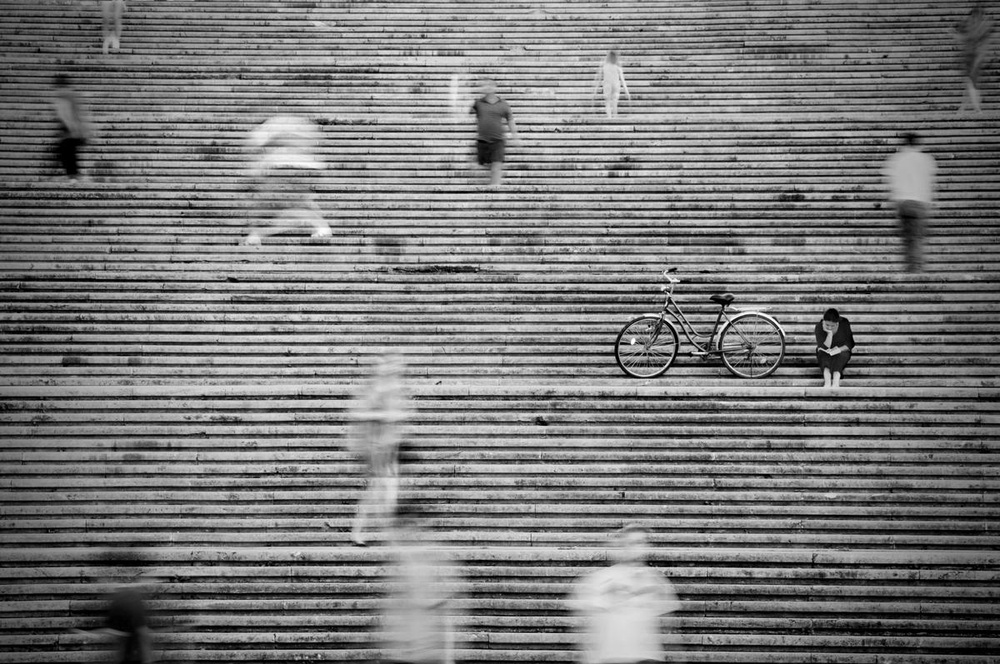 A long exposure shot on a large stairway. A girl sits on the stairs reading, while people are walking by. I wanted to capture the stillness and concentration of the girls versus the motion and dynamism of the other people.