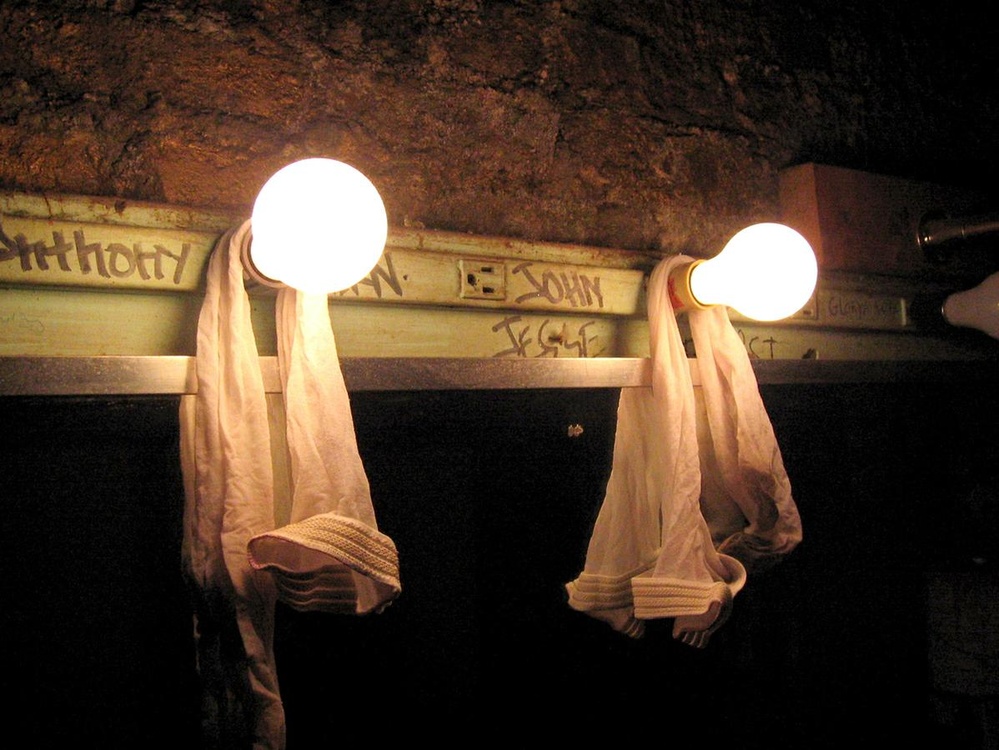 Post-performance stockings hanging up to dry on the makeup mirror backstage at The Pyramid, NYC, 2004.

Anna Curtis lives and works in Los Angeles as an actor, dancer, photographer and Bar Method Instructor. She is a New York transplant via Berlin, Germany.

PHOTO SERIES: OFFSTAGE
The series was shot backstage from the performer's point of view during the rise of New Burlesque in New York City 2001-2005. 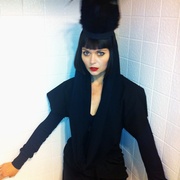