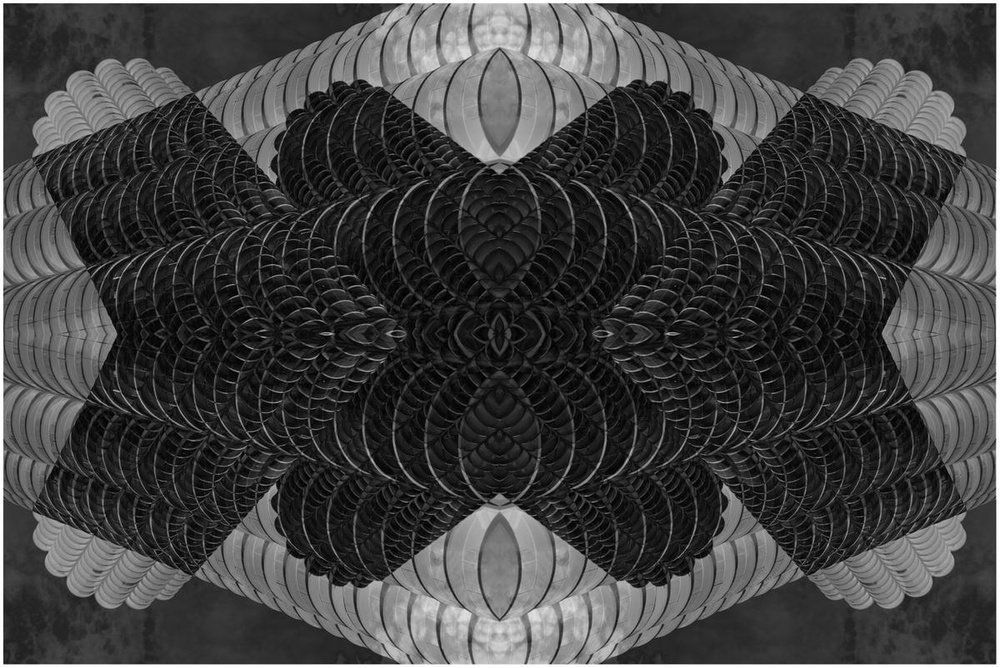 architecture is used to create these b/w mosaics