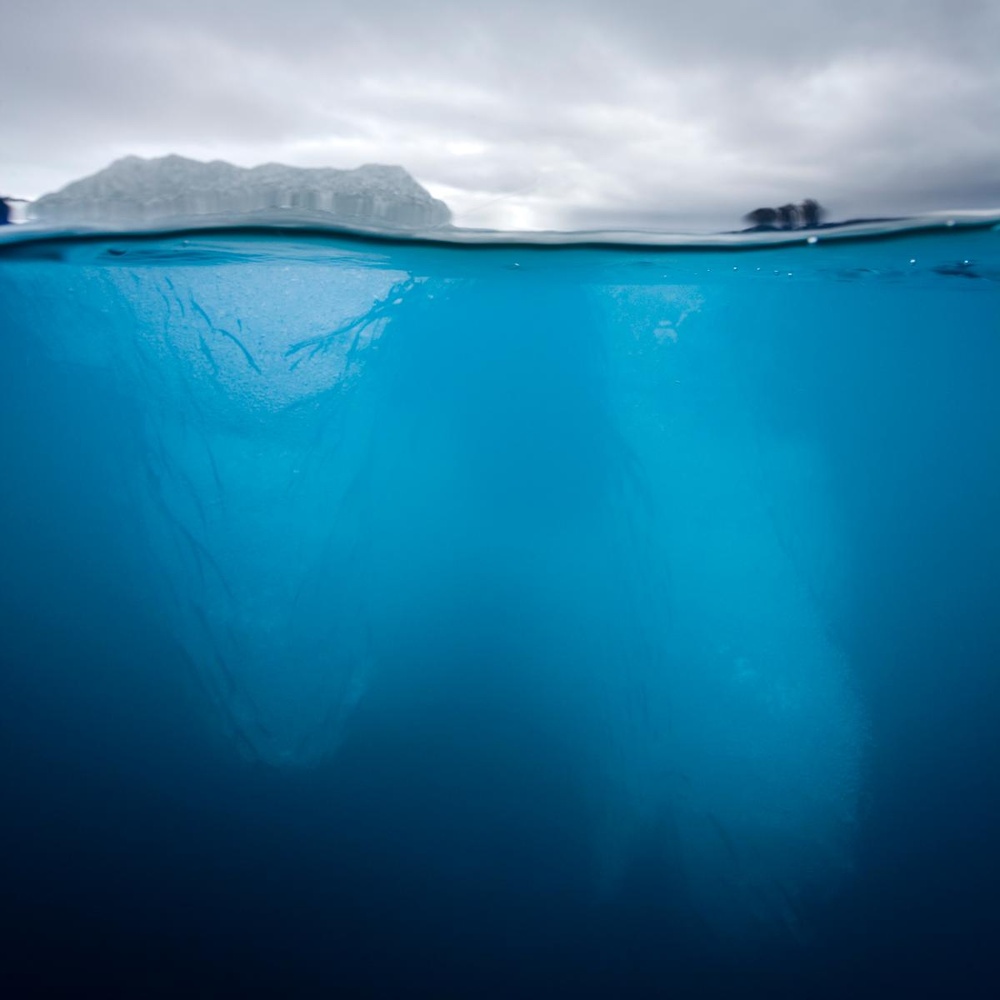 Norway, Svalbard, Spitsbergen, Underwater view of iceberg floating near face of Lilliehook Glacier in Lilliehookfjorden in Krossfjorden on summer morning.