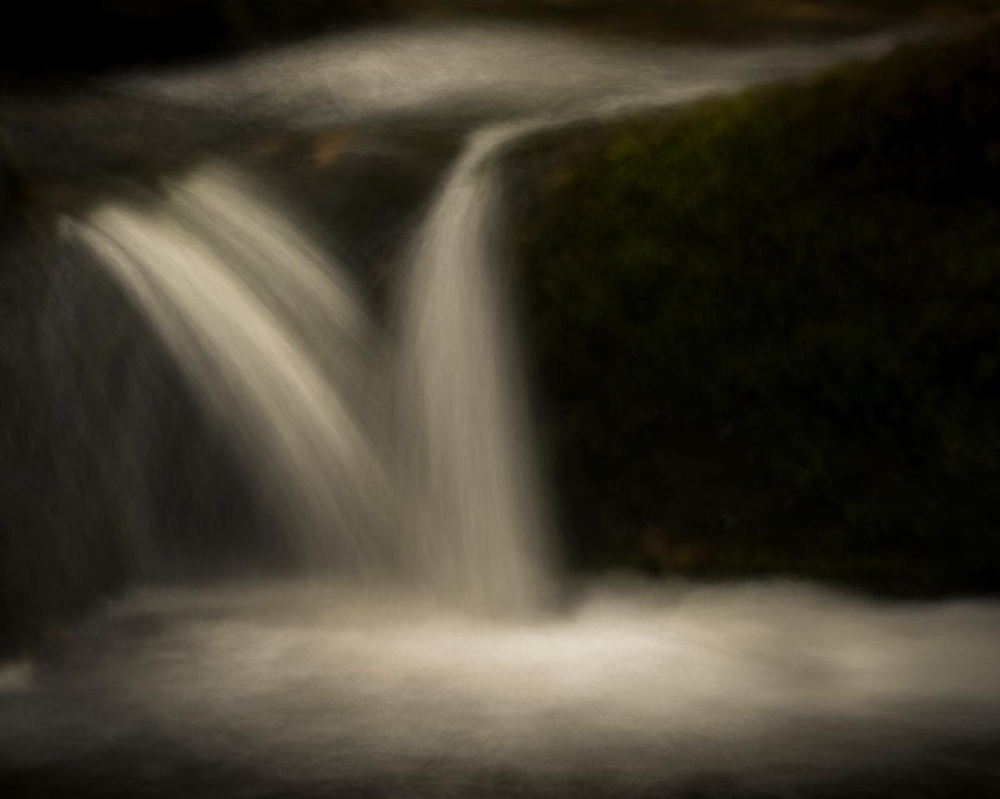 Stream flowing over rocks. Captured in the Yorkshire Dales in the north of England through using intentional camera movement.